Rachel MacAuley and I talked about editing with a couple of the guys at Scripted.com.

I think I was right about these things. But I didn’t know what I was getting into.

Recent Writing Has More Value to Me

Most importantly, I hadn’t fully considered how sticking to a list would make it impossible for me to read other books. It meant that I wouldn’t read any non-fiction for two years. Over the last few months, I’ve read Black Against Empire and What You Are Getting Wrong About Appalachia. They reminded me that non-fiction needs to play a role in the life of anyone interested in writing accurately.

I also didn’t realize how much the bigotry discussed in modernist books would make me feel. Obviously, Heart of Darkness was going to say some things that I wouldn’t like. That’s okay, because confronting bigotted thinking and imperialism are also crucial.

Humans Are Disgusting Creatures, In Case You Didn’t Know

I might have made a mistake by reading The Sun Also Rises and The Naked and the Dead too close together. They’re probably accurate portrayals of life. They’re also depressing as hell. I came away from The Naked and the Dead wondering why the U.S. even got involved in WWII, other than being pissed off that Japan attacked Pearl Harbor. Most of the soldiers in that book would have happily picked up guns to patrol a concentration camp. They didn’t even pretend to hide their contempt for a Jewish soldier fighting alongside them.

Again, that’s probably accurate. But it made me dread picking up the book every night.

I have a hard time understanding why anyone really cares about The Sun Also Rises. Maybe it makes sense in a historical context. Reading it now, though, I don’t see why the writing stood out so much to people.

Then there’s the actual content. Staying as drunk as possible is an understandable reaction to a world war. A lot of the characters were living with PTSD. No faulting them there. Constantly hating on a Jewish guy, though? Yep, probably accurate. I don’t doubt that a lot of people responded like that. It’s also disgusting, and Hemingway doesn’t really address it in that way.

Plus, fuck Hemingway for making bullfighting seem like anything less than grotesque. How is it beautiful or heroic to kill a bull that’s already been stabbed multiple times? Take off your fancy clothes and go at it animal-to-animal if you want anything close to respect. I’ll allow you a knife since bulls come equipped with bulk and horns. Outside of that, it’s time for you to admit that you’re a lesser creature that must cheat to win. And you do it for pleasure instead of necessity.

Luckily, it was a short read that I could get away from quickly.

I don’t shy away from difficult topics. Otherwise, I wouldn’t have picked up Black Against Empire. Reading from the Modern Library 100, though, I almost always got the oppressor’s perspective. What did I expect from those writers? I should have known better.

I’ve gone back to my regular approach to reading. Pick up what seems interesting. Support living writers. Learn from the oppressed instead of the oppressor. Try to buy books from Amazon as little as possible, even though I will impulse buy used sci-fi more often than I should.

Like a lot of Nick Cave fans, I could barely wait for the release of Ghosteen, the final album in a trilogy focused on synthesizers, sparse arrangements that become complex upon layering and repetition, and unbelievable loss.

I listened to Ghosteen on the day of its digital release. I waited at least a month for a physical copy to arrive from England. Its fantasy cover promising a biblical hope that one day the lamb and the lion will lie together in peace. By extension, perhaps we will all find peace. Maybe even a unicorn, which seems just as likely.

Having the two records helped solidify something I had felt since first hearing Ghosteen. Even though its emotional resonance has made me cry repeatedly over a few months; even though Cave pushes his voice into registers I didn’t think he could reach; even though creating the music must have required a physical endurance only achievable through a devotion that we can’t help but reserve for the dead. Even though all of these things, Nick Cave and the Bad Seeds have done better.

I don’t hesitate when I say that Skeleton Key and Push the Sky Away are better albums.

And there’s one reason that Ghosteen falls short: the band should have split the release into two completely separate albums.

Part 1 of Ghosteen doesn’t contain a bad song. Each has its own lyrical or musical significance. I’m exactly the kind of sucker with enough trust in Cave to believe that “Bright Horses” offers more than symbolism. If Part 1 falls short, it’s only in relation to Cave’s canon. He has written so many great songs that extremely good songs sound so-so in comparison. Compare your least favorite song on Part 1 to the best work of just about any other living songwriter, and you’ll realize that Cave has a work ethic, talent, and devotion to his muse that should embarrass you.

Part 2 deviates so strongly that it deserves its own release. Cave pushes “Ghosteen” beyond the 12-minute mark; provides a brief interlude that I guess you could call spoken word; and returns with “Hollywood” for more than 14 minutes of sustained, marred optimism fueled by the promise of universal pain and death’s eventual relief.

With nearly half an hour of music, Cave could have justified Part 2 as an independent release. And it would have hit unprepared listeners with hard-earned maturity that makes you rethink your role in the world and tells you without reservation that you do not pour enough work into your love.

Part 1 prepped our ears for the sonic and emotional depths of Part 2. I wish it had not.

Kisa knew that her baby was going to die soon. Death rarely gives us that warning. When it does, it only prolongs suffering. Part 1 was like the palliative action of pointlessly visiting the homes of people who have also suffered from loss. I would have preferred the immediate, jarring smack of Part 2’s truth.

I want to say that Cave missed an opportunity. But if I trust that his burning horses are real, I have to also trust that Part 1 and Part 2 exist together for a reason. I have to trust the greater maturity and sensibility of Cave no matter how much I disagree with his decision today.

I think we’re lucky we got what we got from the man.

I think we’re lucky, but we needed more. Like, a whole lot more.

You were a person, I bet.

I meet so many pretend people.

I wore a friend out on American Water while driving from Louisville to San Diego. I may have ruined it for him for life.

But we needed more, and he had a lot left to give.

We were all, especially him, denied. 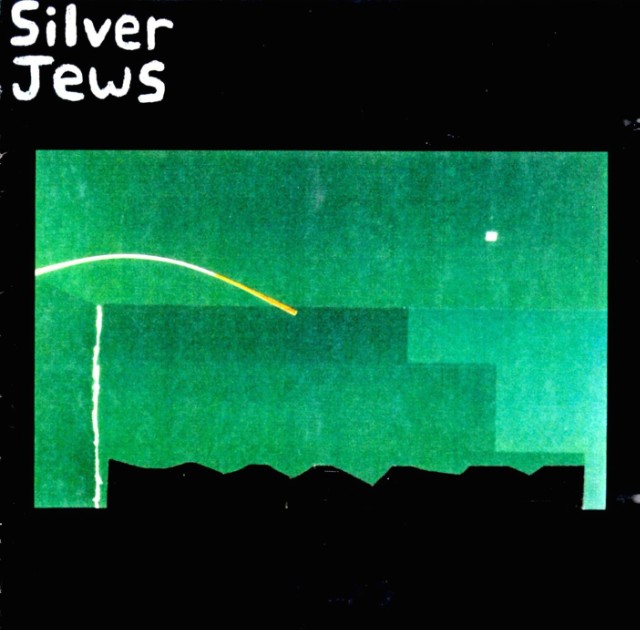 This is Part 3 of my Modern Library 100 Reading Project

Among my friends and relatives, it’s well known that I hate the heat. I used to break out in some kind of rash or welts or something until I was in my mid-20s. Thankfully, that period has passed.

This July, however, was a scorcher. All I wanted to do was hide indoors, play Willie Nelson quietly on my guitar, and drink beers at near-ice temps. I dream of moving my office into the basement. But who am I kidding? The window unit will have to do.

Because of my heat hatred, most of my summer energy goes toward gardening and withstanding the kitchen at Flora Kitchenette, where I cook a couple of days a week.

None of these things, particularly the beer consumption, contributes to prolific reading. And so I have what seems to me a rather pathetic stack of books for July that includes:

Hey, five books ain’t so bad! You might think. Except that it takes maybe 2 hours to get through Animal Farm, which I find it difficult to call a novel. You wrote a fairly long allegory there, Mr. Blair.

Give Yourself Some Credit!

To my credit, I have never read a D.H. Lawrence book. That seems impossible, but I’m 90% certain that it’s true.

The first 100ish pages of Sons and Lovers took me a long while to get through because I had to focus so much on deciphering the dialect. 19th-century colliers didn’t care about 21st-century readers. Bunch of bastards.

Once Walter became less central to the book, my reading picked up speed. His children and wife speak mostly like modern English speakers.

I almost read Women in Love immediately after finishing Sons and Lovers. Something made me pause.

I’ve seen the movie Deliverance a few times, so I knew what to expect going into the book.

It’s one of those odd instances when I wouldn’t say that the novel stands far above the movie. Each has its merits. That probably has something to do with Dickey writing the screenplay.

The most shocking moment didn’t come when Bobby gets raped or Drew dies or Ed climbs an insurmountable cliff to kill what I believe is probably a random guy out on an illegal deer hunt (but who knows).

Don’t give me any business about spoilers. The books 49 years old and the movie’s not much younger.

I kept expecting it, but it never came.

The book and movie are equally wonderful works. We should consider them companion pieces.

I Sleep Nightly by Finnegans Wake

To my knowledge, Finnegans Wake is the most feared and looming book on the Modern Library 100 list.

I took a class that focused on Ulysses all semester long. The professor spoke knowledgeably about the book. He had built his career on taking Western novels seriously. As his last class, though, he wanted to teach Ulysses. He had thought deeply about the book, and understood it to a degree that I’ve yet to find in a reader’s guide.

He always wanted us to find joy in the book, so he didn’t give us difficult assignments. He was very much a “yes” person, or at least he inspired us to become “yes” readers.

I wrote my final paper on having dinner with a fellow student I wanted to have sex with. I justified the attempt by imitating prose styles found throughout the book and saying, basically, “Look at all of the sexual longing involved in the events of this day!”

I wish I had a copy of that story. Did the man scoff at but enjoy my attempt? Did he scribble “A” on all of the papers without reading them (perhaps while preparing a Scotch to drink whilst reading Joyce)? Did he find my writing amusing, at least? Did he find “amusing” writing odious and insincere?

Who knows? I don’t have a copy, and the man has probably died since.

My professor dreamed of reading Finnegans Wake during his retirement. I believe he wanted to take a serious stab at it. He wanted to know the book at least as well as we know most of the books that we read.

And he waited for retirement to take the time.

Finnegans Wake sits on my bedside table. It’s one of a dozenish books. Its thickness, name, and author give it so much mental weight.

I’ve read the first few pages and I have no idea.

I plan on waiting until the end of next year, but I’m not waiting much longer than that.

I haven’t counted, but I think I’m 15 in. A couple of the Modern Library’s entries are series, though, and I have no idea how long they are.

I just want the days to get shorter and cooler so I can think straight and feel energetic, again.